So now the car is stripped it is now time to grind off the filler (bondo) and see what we are dealing with. I suspected there was a lot of filler and I was right. I decided to start at the A pillar and work my way backwards. 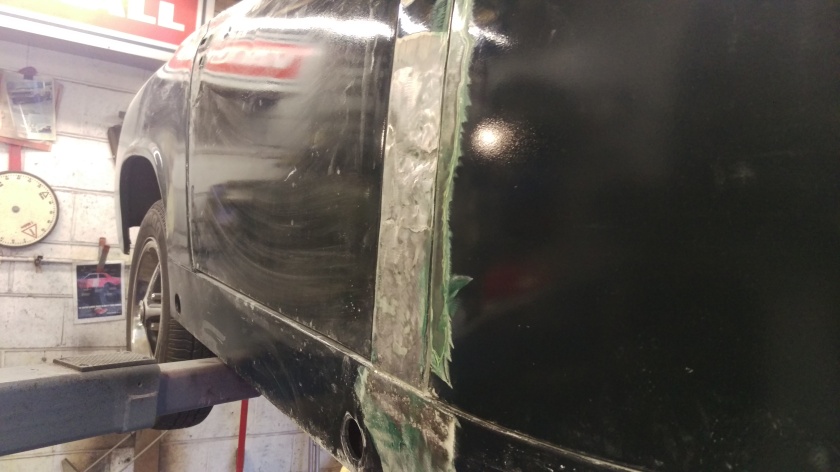 There was quite a bit of filler on the A pillar but there didn’t seem to be any apparent reason for this. I don’t know why but the join between the pillar and sill was filled in. There are a couple of small dents  that I will have to deal with later. As I got to the top of the pillar I found a small patch of rust and a hole. 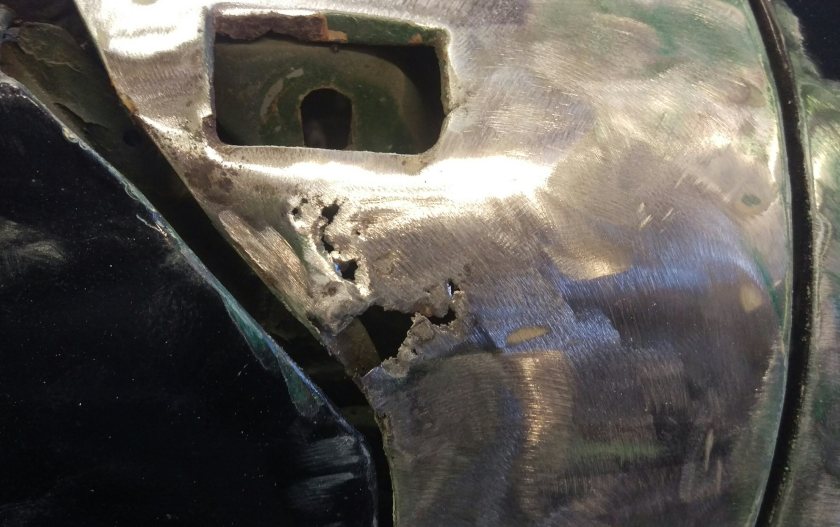 This was cut out and a patch made. I will do all the welding once I have gone around the whole car, cut out the rot and made the patches. 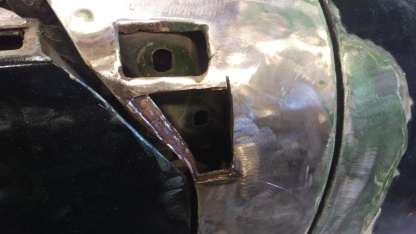 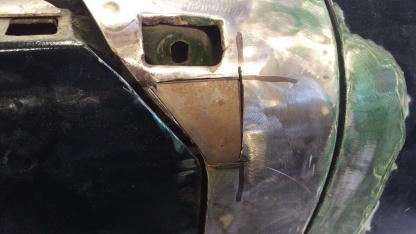 The B post/ rear wing was next and obviously loaded with filler. A repair section had been let in in the past and although not a bad job the panel had warped due to the heat. The amount of filler applied to this panel was way too much to cover the warped area. As you can see it is nearly 6mm thick in some areas.

I will press the area out from the other side and put a skim of filler over it. 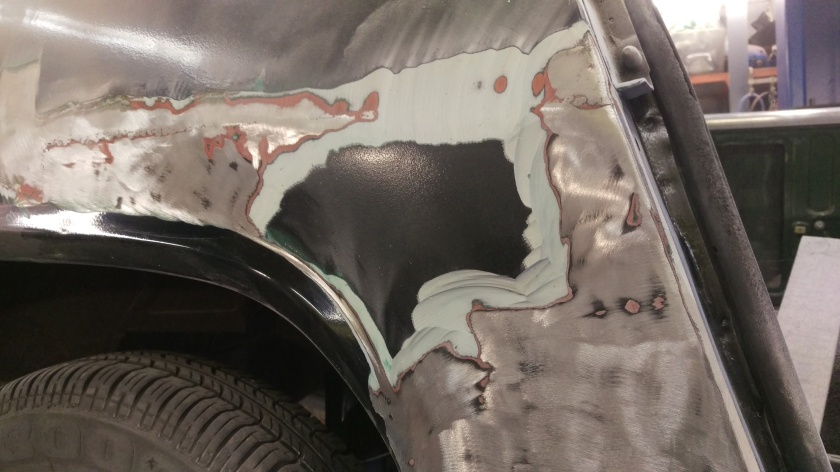 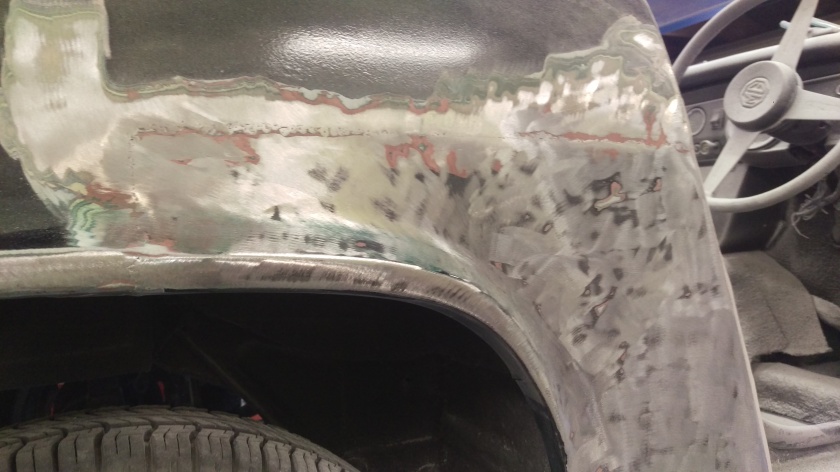 Further back behind the rear wheel arch there had been some more repair work done. A repair panel had been welded in but it had not been welded flush so (guess what) thick layers of filler had been used to cover the problem. I will be cutting the welding joint and welding it flush. 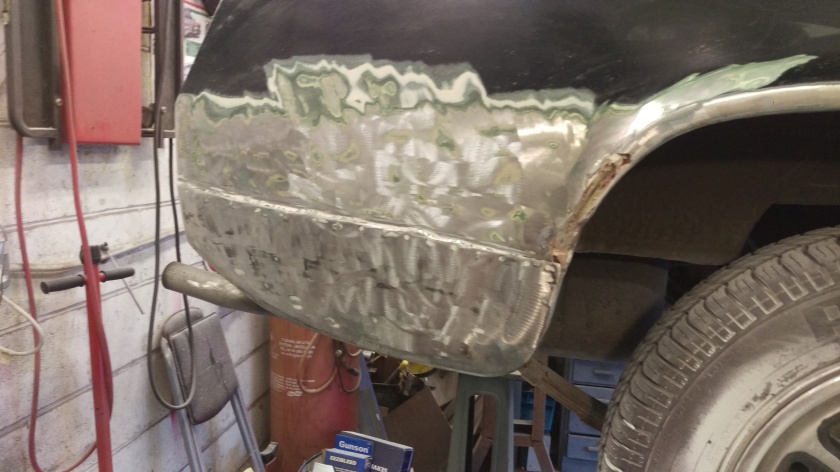 Someone had also filled a rust hole in the wheel arch lip with fibre glass. Thanks…. 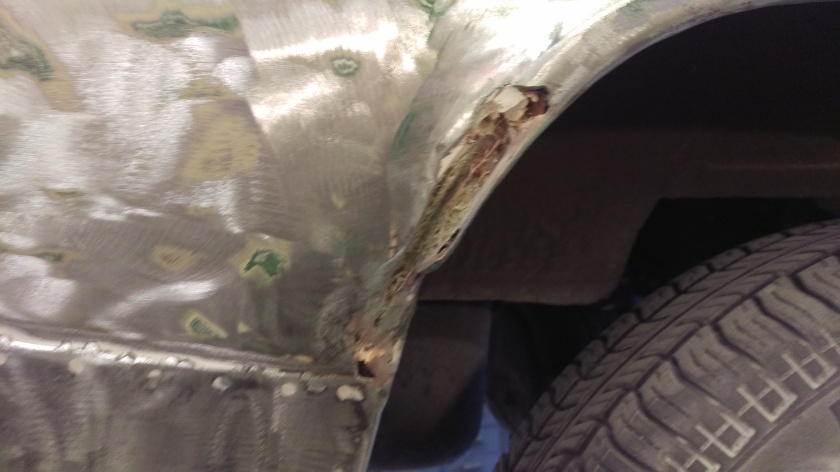 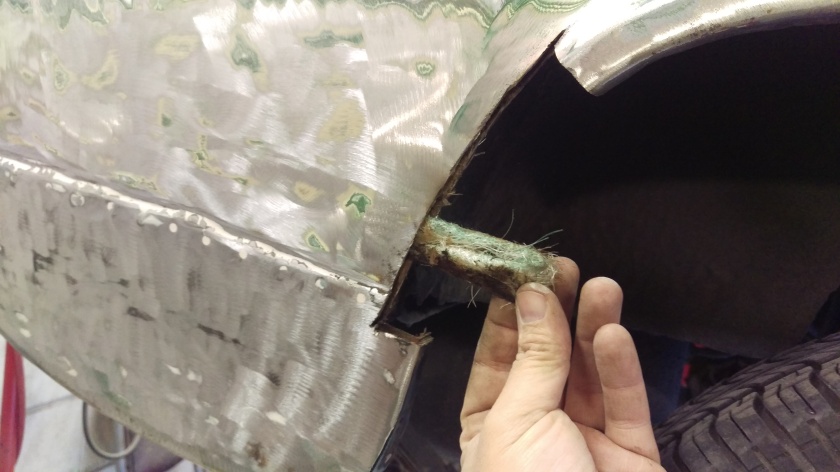 The rear valance wasn’t much better with rust holes and filler along the bottom. I may go with a new panel here. Maybe a smooth one off an earlier model. 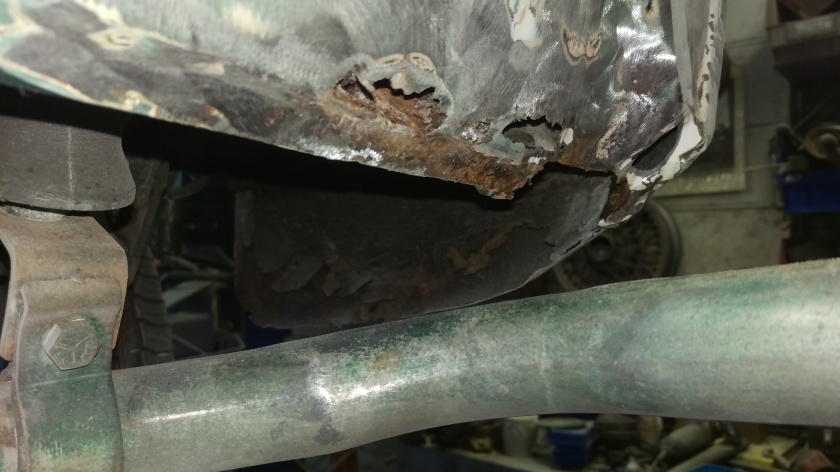