With Christmas around the corner work on the Midget has been a little less focused recently. We finished  replacing all the suspension bushes which took longer than expected.

The car was lowered and its weight compressed the spring enough to allow the damper to be bolted in place. Once reassembled the front suspension was lubricated with a grease gun.

The whole job would have been easier with a transmission stand like the one on the left but I am so tight I made one out of a spare wheel and an Acrow prop. 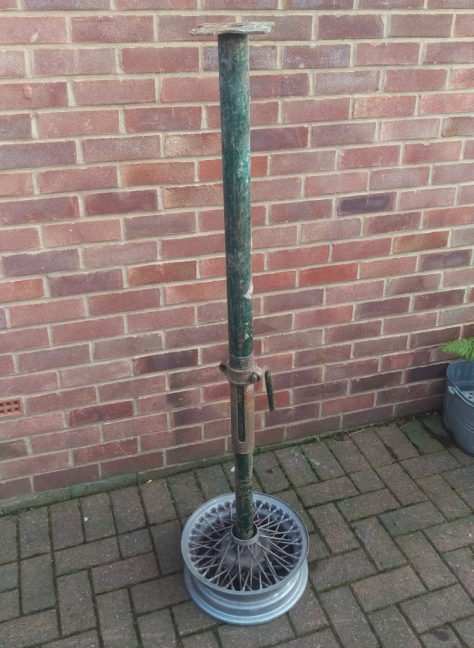 Today I continued working on the back of the car making up small panels were the old had rusted out. Not much fun this. Upside down welding and a padded shirt are a dangerous combination but at least I was warm as my shirt went up in flames.

Last weekend was fun as I was asked to take a look at a possible future project.

A 1996 Rover Mini. The plan for this is to strip it out, roll cage and fibreglass flip front. This is booked in after the Midget so should start in summer 2017. John the owner has already started the strip down in anticipation.

Hopefully I will be able to crack on with the midget build during the christmas holidays.